A pointing index finger can mean many things. It can indicate which way we are supposed to go, or towards what we should direct our attention. It can also be used to ask for silence, when placed over one's closed lips. To put it simply: the meaning of a pointing index finger depends on the situation in which it is used.

In philosophy, the idea that the meaning of a certain sign can depend upon the context in which it occurs is called 'indexicality'. And yes: the word 'indexicality' comes from the name of that particular finger!

"HERE" - the Video Game  challenges its players to engage with- (and be puzzled by-) the philosophical notion of indexicality. More specifically, it poses the question of what it means when the word 'here' is used in a computer game... Or, rather, of how many meanings of 'here' can co-exist in a computer world. Have fun! 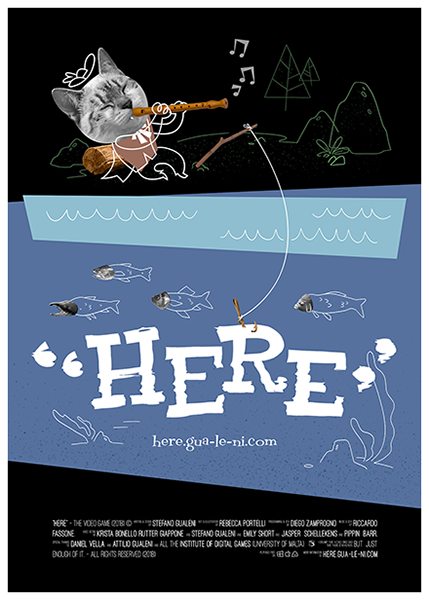